If you are looking for something on the Internet, you google it. The name of the global search engine market leader stands for web search not only in the German-speaking area. More than 90 percent of search queries from German Internet users are processed via Google. But the Mountain View company is by no means the only provider of search services on the World Wide Web. We present you with a search engine list of well-known Google alternatives, which sometimes have a lot ahead of the industry giant.

These two search engines are interesting and worth examining, as are three more that we introduce here. These live partly from donations and partly from advertising, which, however, is not personalized based on the search input.

Bing: Microsoft Product Based on The Google Model

The best-known Google alternative comes from Microsoft. In terms of user numbers, the search engine Bing ranks second behind Google worldwide – albeit by a long way. Bing’s market share in Germany is currently around 8 percent. In the USA around 12 percent of Internet users rely on the Microsoft search engine.

One reason for this difference is a. the extended range of functions for the US market. Optically, Bing is based on Google. As with the successful model, Microsoft offers the option of searching for images or messages in addition to a web search. A map service is also available. As a counterpart to the Google Knowledge Graph, Bing offers the Satori Knowledge Base, which is fed from Wikipedia information.

The successor to Microsoft Live Search was put into operation in 2009 as a beta version and is characterized by a series of close collaborations with social networks such as Facebook, Twitter, and LinkedIn. With the integration of other services into the web search and an elaborately designed image search, Bing sometimes offers innovations in some areas that are not found in the market leader. However, if you are looking for an anonymous search engine, you will not find it at Microsoft. Just like Google, Bing also evaluates user data in order to personalize advertising. Like Google, Yahoo is a well-known address in Silicon Valley. The web portal was once one of the pioneers of the Internet and still, today reaches around 700 million users, especially with its webmail offering. The search engine of the Internet dinosaur, on the other hand, receives little attention in this country. In Germany, Yahoo web search has a market share of around one percent. On the US market, around 8 percent of users find what they are looking for with Yahoo.

Since 2009 the search engine has relied on an alliance with Microsoft. Anyone who can make friends with Bing will not experience any negative surprises with Yahoo. The common algorithm delivers almost identical search results. Since the search alliance of Microsoft and Yahoo, with a combined market share of around 30 percent in the US market, positions itself as serious competition to Google, website operators targeting an American target group should also consider these Google alternatives.

Yandex: The Search Engine for the Russian Market

While the western world is googling, the search engine Yandex dominates in Russia. The service of the Russian-Dutch group of the same name offers a similar range of functions as the world market leader Google. It includes the web search as well as a search function for image and video material. A map service and a translation tool are also available to users. Yandex’s answer to Google Analytics is the web tracking solution AppMetrica. The company also offers its own web browser.

Yandex is considered to be one of the innovation drivers in the search engine market. A realignment of the search algorithm in 2014 caused a sensation, in which the company completely devalued backlinks as a ranking criterion. This made Yandex one of the first search engines to focus on OnPage factors such as content relevance.

The Russian alternative to the successful product from Mountain View, California should by no means be dismissed as a Google copy. In fact, Arkadi Wolosch founded Yandex a year before Google hit the scene. The fourth-largest search engine in the world is particularly relevant for the Russian-speaking area. Companies that are active in Russia, Belarus, Ukraine, Kazakhstan, or Türkay should consider placing search engine advertising on Yandex in order to reach relevant target groups.

Like Google, Yandex is also targeted by privacy advocates. The Webvisor tool from the AppMetrica web tracking solution is particularly tricky. This tool records the mouse movements of website visitors in video format. In Germany and other EU countries, such a procedure means problems with data protection law. 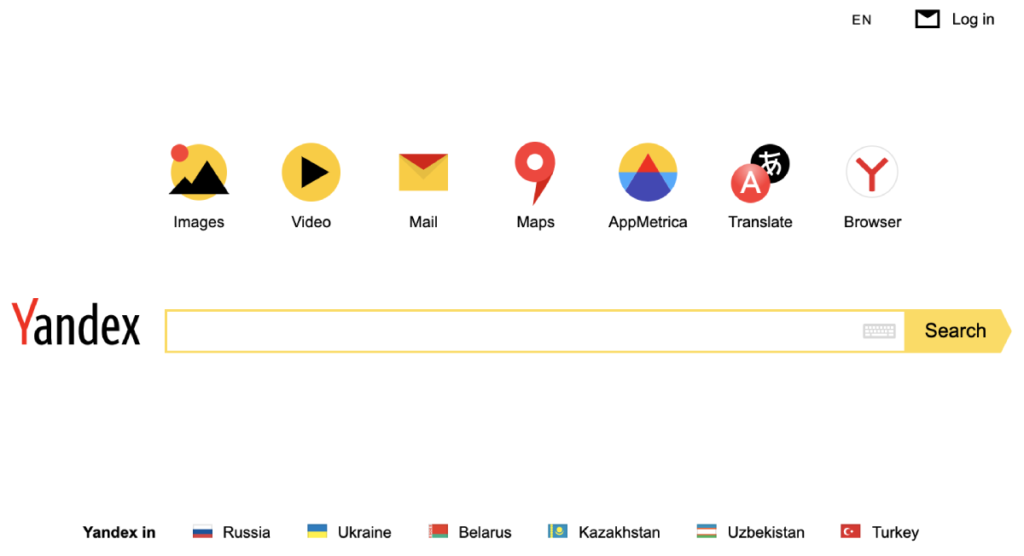 Baidu is the most widely used search engine in the People’s Republic of China with a market share of over 60 percent. In the Alexa ranking, Baidu is the fifth most visited website in the world. For users from the western world, however, the search engine has no relevance for the following reasons:

Baidu is only available with a Chinese user interface.
According to Reporters Without Borders, the company is working closely with the Chinese government to curb discussions on taboo subjects that are critical of the government.
According to a report by the Citizen Lab of the University of Toronto, Baidu as well as the Baidu browser and the Baidu mobile browser collect personal user data and send it unencrypted to Baidu servers in China.

The alternative search engine DuckDuckGo takes a completely different route. Under the slogan “The search engine that doesn’t follow you”, the US American Duck Duck Go Inc. offers a combination of a metasearch engine and its own web crawler. The search provider relies on more than 100 services such as Bing, Yandex, or Wikipedia, as well as the company’s own DuckDuckBot program.

Unlike Google, Bing, and Yahoo, DuckDuckGo presents itself as a search engine with high data protection standards: According to the operator, neither IP addresses nor user search queries are saved. Instead of personalized advertising, ads are used that are tailored to the search terms. DuckDuckGo relies on an advertising model based on the principle of “one ad per search results page”.

In addition to web search, DuckDuckGo offers the ability to search for images, videos, news, job advertisements, and products. Users can also filter out commercial search results. In order to save the settings made in the long term, the information can be downloaded anonymously to a cloud. This positions DuckDuckGo as a serious alternative to Google for users who want to use an anonymous search engine to protect their privacy.

Ixquick: Surfing Invisibly Thanks to a Proxy Service

Similar to DuckDuckGo, the Dutch search engine Ixquick relies on anonymity and even goes a step further: Ixquick users can anonymously access websites that are displayed as search results via an integrated proxy service. Instead of the user IP, the website operator only sees the lxquick address in this case.

The metasearch engine uses Yahoo, Gigablast, and Yandex to create search lists. Which search result was found where is shown to the user by a star system: each star stands for a source. A result marked with two stars was therefore provided by two sources. Ixquick supports image and video searches and enables search results to be narrowed down using advanced search functions.

Like DuckDuckGo, Ixquick does not collect any personal user data. The IP address associated with a search is also not saved. Although Ixquick is a European company, some servers are also operated in the USA. So that the user can further secure his privacy, there is the option in the settings to only use EU servers. The company was the first to be awarded the European data protection seal of approval EuroPriSe. 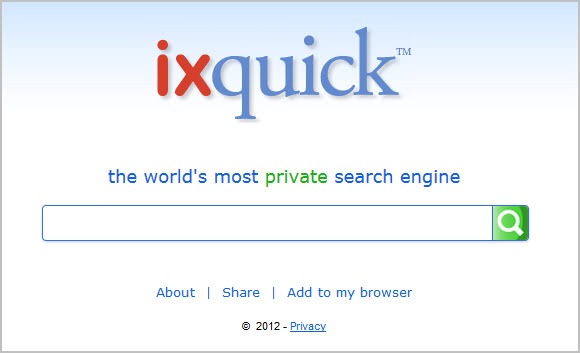 Ecosia: Searching For a Good Cause

On behalf of the metasearch engine Ecosia, a new tree is planted every 1.7 seconds. Ecosia users make an active contribution to environmental protection with every web search. This is made possible by advertising-income, 80 percent of which Ecosia donates to reforestation projects around the world. Using a counter, users can track how many trees will be planted in the future solely through their search queries. On average, around 45 searches are required to finance a tree.

Both the search results and the web ads that Ecosia serves come from Microsoft Bing. In addition, their own algorithms are used. Which make the search engine more efficient according to the provider. Ecosia is subject to the German data protection law. Stored data such as search queries, IP addresses, and browser types are anonymized and passed on to partners such as Microsoft.

Ecosia GmbH, based in Berlin, is behind the sustainable search engine. The search queries recorded by Ecosia still come primarily from Germany, Austria, and Switzerland. However, the user interface is also available in English, Spanish, French, Italian, Dutch, and Swedish if desired.

The ranks of anonymous search engines are strengthened by Oscobo from Great Britain. Like other search services that advertise with high data protection standards, this provider also promises to neither store nor sell user data. The project was initiated by Robert Perin, Managing Director at BlackBerry, who wants to offer users a counter-model to the traditional search engine industry with Oscobo. And so the service, which is currently still heavily geared towards the UK market, does without any user tracking. Instead of personalized advertising, only advertisements related to the search query are displayed.

Unlike want or Hulbee can not Oscobo with its own search technology come up, instead, uses the service to the search index of Bing and Yahoo back. In addition, Oscobo incorporates the results from Twitter into its results. 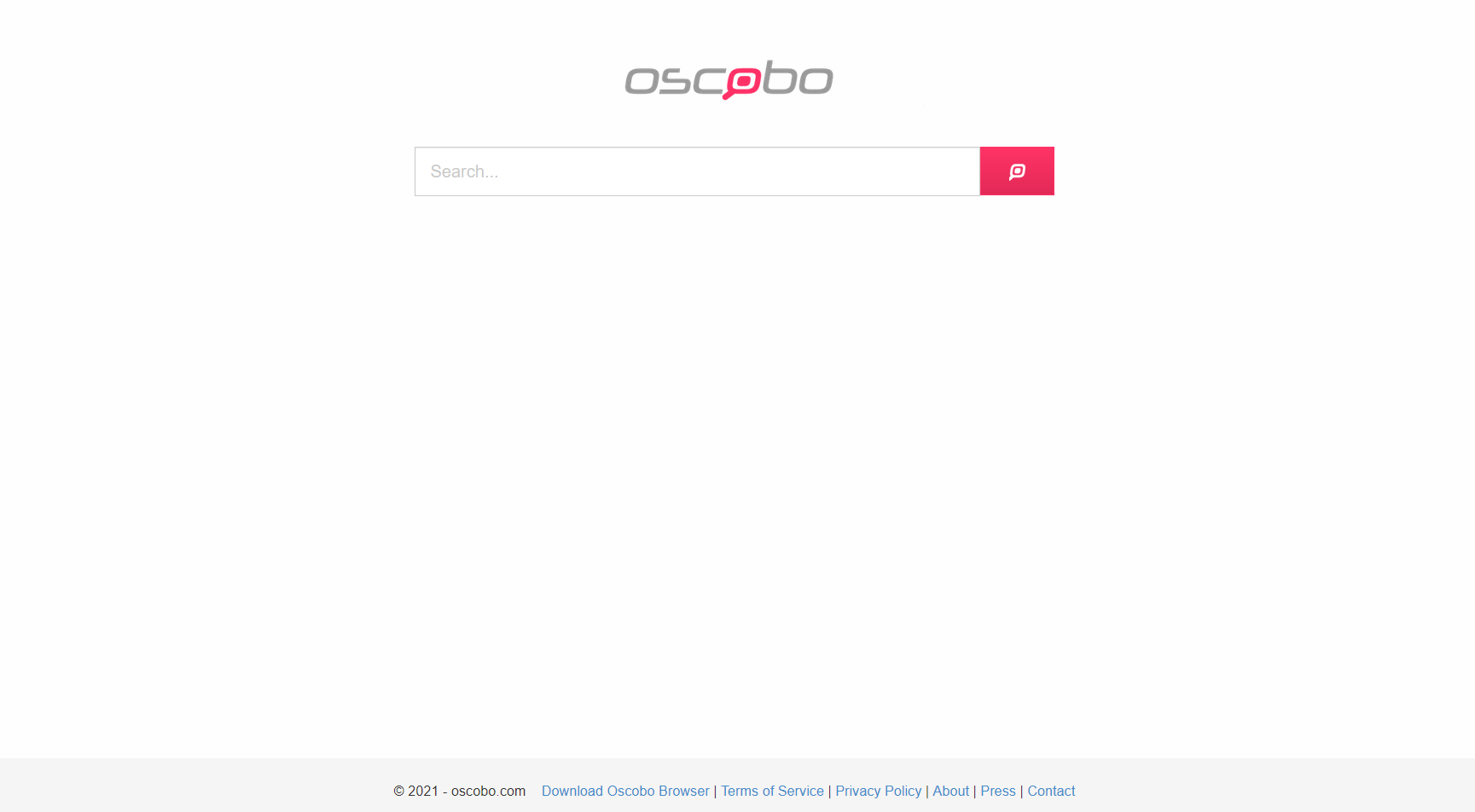 Hulbee, a Swiss company is also presenting a search service with high data protection standards. The anonymous search engine was developed under the name “Swiss cows” and is based on a search principle that is based on semantic information recognition. The Swiss search engine is thus taking a different path than most providers. In addition to the search results, Hulbee presents its users with a word cloud of thematically relevant terms, making research easier.

In addition to the web, image, and video search, Hulbee offers a translator and a music search with an integrated player. Unlike market-leading search engines, the makers of Hulbee also rely on an integrated filter technology that bans pornographic and violence-related content from the search results. The Google alternative is aimed specifically at schools, companies, and public institutions.

In order to protect the privacy of users, Hulbee does not collect user data. Personal information, IP addresses, or cookies that serve to identify the user are not stored. Just like other alternatives to Google that take privacy very seriously, the site is funded by non-personalized advertising. In addition, users are invited to donate. 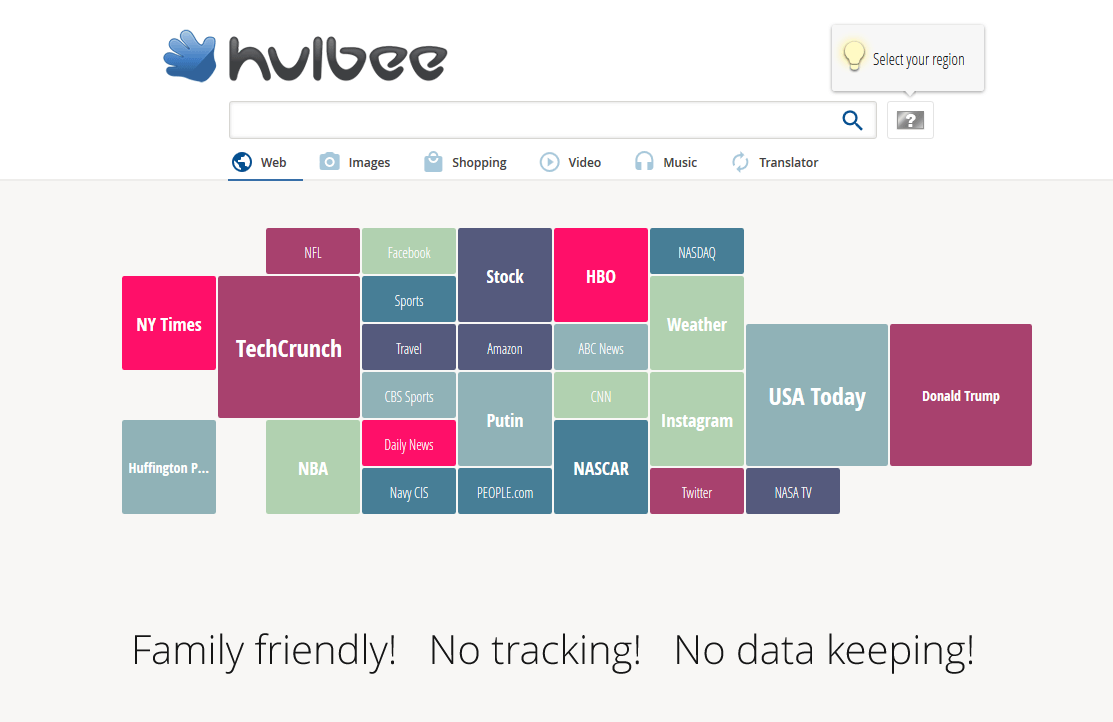 HOW TO PROTECT YOURSELF FROM NEGATIVE SEO

Accelerated Mobile Pages – The Future of the Fast Mobile Web

The 10 Most Important Factors For Strong Product Descriptions

THE MOST COMMON SEO MISTAKES TO AVOID

5 success stories of brands that have used Pinterest Ads

ABOUT US
Zeta Optimization is a medium for people who are interested in digital topics such as digital marketing, SEO, and Affiliate marketing. Our readers are also active in e-commerce and Amazon marketing.
Contact us: [email protected]
© Zetaoptimization.com

7 Marketing Techniques To Help Drive Traffic To Your Website